US DOT secretary Ray LaHood now says the Federal Highway Administration will review the regulation requiring street signs throughout the US to be replaced if they do not meet new federal typographical specifications.


"I believe that this regulation makes no sense. It does not properly take into account the high costs that local governments would have to bear. States, cities, and towns should not be required to spend money that they don't have to replace perfectly good traffic signs," said LaHood in a statement released Tuesday.

ABC News is taking credit after airing a report on the absurdity.

But there was lots of public outrage about this costly federal ukase two months ago, with significant coverage by the New York Post, New York Daily News, WCBS, and other media outlets. 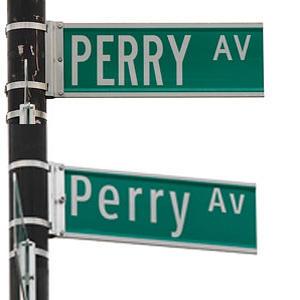 Characteristically, at the time (October 1), Mayor Bloomberg sniffed at the controversy over spending $27.5 million to replace 250,000 street signs in Gotham.


"Huh? I have no idea what you're talking about. C'mon," a miffed Bloomberg snapped when asked about the federal mandate to change the font and capitalization on 250,000 city street signs by 2018.

After testifying before the House Judiciary Committee on immigration's role in strengthening the economy, Bloomberg wouldn't discuss the change, designed to make signs easier to read and roads safer.

"It's one of the most ridiculous questions I've been presented with in nine years," Bloomberg said at the news conference.

When told that the feds wanted to change signs like "MADISON AVE." to "Madison Ave.," Bloomberg snapped, "Then go talk to the federal government."

Apparently, someone finally did.
Posted by Editor at 8:09 AM