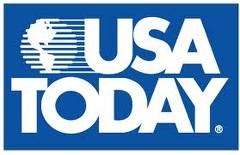 
Electric cars might not be the answer, but they are an answer, and that makes them worth a try.

Love that logic.  Perhaps it was previously used at the Wannsee Conference:  "Exterminating the Jews might not be the answer, but it is an answer."

As is its wont, Regime News allows a rebutal, this pretty good one from Kenneth P. Green, who even uses the phrase "government coercion" -- something one doesn't see often from the keyboard of an AEI resident scholar.
Posted by Editor at 8:39 PM