Krugman on rising oil prices: It's not about us, and no Mad Max collapse of civilization! 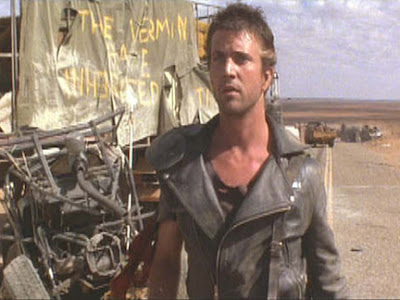 Krugman continues to dismiss inflation, Fed money printing, and the root cause of rising commodity prices:


Oil is back above $90 a barrel. Copper and cotton have hit record highs. Wheat and corn prices are way up. Over all, world commodity prices have risen by a quarter in the past six months.

So what’s the meaning of this surge?

Is it speculation run amok? Is it the result of excessive money creation, a harbinger of runaway inflation just around the corner? No and no...

So what are the implications of the recent rise in commodity prices? It is, as I said, a sign that we’re living in a finite world, one in which resource constraints are becoming increasingly binding. This won’t bring an end to economic growth, let alone a descent into Mad Max-style collapse. It will require that we gradually change the way we live, adapting our economy and our lifestyles to the reality of more expensive resources.

But that’s for the future. Right now, rising commodity prices are basically the result of global recovery. They have no bearing, one way or another, on U.S. monetary policy. For this is a global story; at a fundamental level, it’s not about us.

In a post-Greater Depression world, we'll find Krugman or Bernanke as the bitch on the back of Wez's bike: