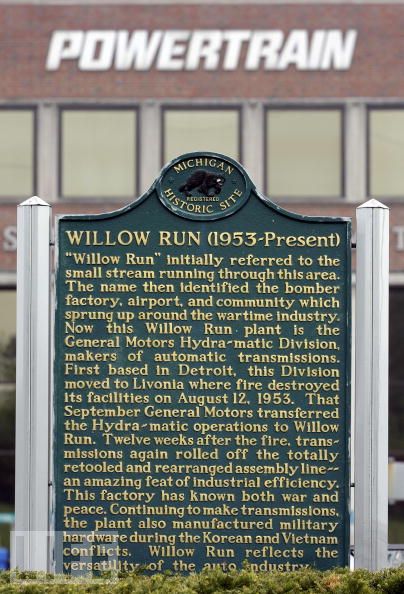 GM's Willow Run plant closed last week, as a belated step in Government Motors' bankruptcy proceedings.  The storied facility was first built by the Ford Motor Company to manufacturer B-24 bombers, then used by Kaiser-Fraser, and operated by General Motors since the 1950s.  It was named a state historic site in 1980 during a previous GM crisis.

A more fitting epitaph than the historic site sign above might be from Murrary Rothbard's classic 1969 essay, "Economic Depressions: Their Cause and Cure" (fittingly first published in Michigan):


The "depression" is then seen as the necessary and healthy phase by which the market economy sloughs off and liquidates the unsound, uneconomic investments of the boom, and reestablishes those proportions between consumption and investment that are truly desired by the consumers. The depression is the painful but necessary process by which the free market sloughs off the excesses and errors of the boom and reestablishes the market economy in its function of efficient service to the mass of consumers.