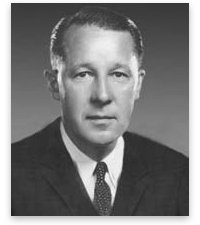 A freeway is defined as a "multi-lane highway designed to move traffic along smoothly and quickly."  The freedom freeway is strikingly similar: It is a multi-million-lane politico-economic highway, along which speed goods and services, as well as intellectual, moral and spiritual ideas and ideals, to benefit all the people -smoothly and quickly.  Not a single stop sign to any creative action!  Indeed, many actions move at the speed of light, all according to the actor's choice. But for such a network to exist, there must be a few who have some understanding as to why it works such phenomenal wonders.

Fundamental to such understanding is an awareness of man's destiny, the end that should be pursued. So we must ask: What is the purpose of our mortal moment?  There is but one valid answer: growth in consciousness so that individual creativity may be increasingly experienced!

Leonard E. Read, The Freedom Freeway (Irvington, New York: The Foundation for Economic Education, 1979) 1.
Posted by Editor at 8:31 AM