Plaintiffs lawyers worry about driver-less car tech: Who do you sue? 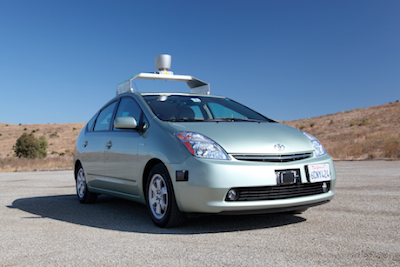 Edward Rogan & Associates, LLC, of Hackensack, New Jersey, fret over "the absence of adequate public transportation" and "how cities [are] built".  But they are most concerned about (or salivate over) the question of who would have the deep pockets if Google Car technology were to fail:


Should something go wrong, the legal process would examine who was at fault. Was it a software issue, where the program made the wrong decision and caused a crash? Alternatively, was it the failure of the mechanical aspect of vehicle, where the software "worked" but a part was defective or malfunctioned?

These types of issues may be new, but they really are not greatly different from any other type of defect that can be present in a consumer product. At trial, with experts on both sides, the court should be able to discover where the problem occurred, and assign liability.

Mind you, they're not ready to stop chasing ambulances:


It may be that driverless cars will be successful in the market and eventually make the roads even safer. But, as the recent developments with the Toyota sudden acceleration issue shows, complex technology sometimes brings with it additional, unforeseen, problems