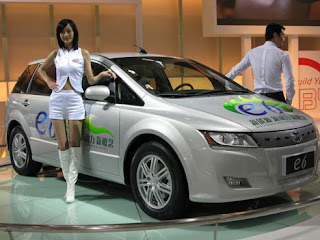 Yes, the People's Republic of China is now more capitalist than the US and most of the West.  But it continues to emulate some bad Western economic policies.  According to China Car Times, Beijing city government has announced that it is offering subsidies to electric vehicle (EV) buyers, following last year's experimental subsidies for hybrid car buyers in 13 Chinese cities.