To mark today's sad event in which provincial agents set upon an enemy of the New Rome, we recall the true purpose of one of Old Rome's engineering triumphs: 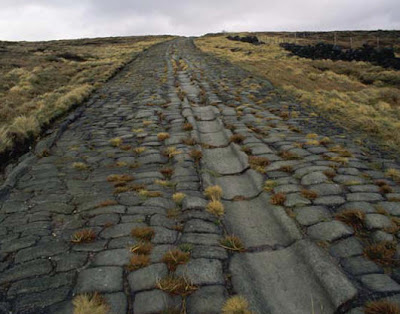 The great network of roads was of immense value for commerce.  But primarily it was a military system over which troops could speedily be transferred from one part of the Empire to another for the protection of the frontiers.  Also it enabled the central government to keep in close touch with central administration.