Quotation for the day: Brock Yates 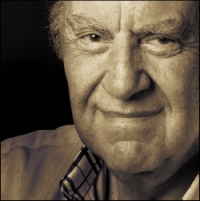 To be sure, anti-pollution standards have reduced choking emissions. Seat belts, airbags, crush zones, etc. have reduced death and injury. And hybrids make part of the process someone else’s combustion, somewhere else. But what’s so different today from when Daimler first did his thing? Traffic.

Yes, I love cars. But like any person who likes to drive fast cars, I hate congestion. I don’t see the point. So what’s the alternative?

Mass transit is a pipe dream. Outside of New York City and Chicago, there are no truly effective rail systems. After a flurry of high speed rail hype, both Washington and private investors have lost interest in commuter rail. Buses only serve a small percentage of the population. Bicycling? You’re kidding, right?

Moreover, as car-friendly suburbs spread like kudzu, there are no simple routes linking the geography of nowhere to center cities– never mind with each other. And we keep building these damn communities; “suburbs” where the disturbing lack of sidewalks mirrors the distressing lack of rail connections.

Despite the understandable anger of the environmentalists, there is no substitute for the millions of private vehicles rolling across our nation. The plain truth is that “the people” aren’t interested. The most they’ll consider is telecommuting– but only a day or two per week. They like their co-workers. They like their cars. Congestion is nothing more than background noise to their everyday life.

Yes, the automobile of today is safer and more efficient, available in every size and shape, from tiny smarts to stupid limousines. But the same basic old world engineering sits under the slick bodywork. It’s like the weather; everyone complains, but no one does anything about it.

So Americans continue to lead the way into a dark future of more emissions, oil use and wasted time.  And here comes the third world, as India, China and other Tiger nations of the Far East start producing millions of private cars for a wildly eager population.

I have messed around for much of my adult life with these machines called “automobiles.” Like many car nuts, I too wish we could reduce the traffic and create communities around industries and commercial areas where populations could walk or use public transit.

But quite the opposite has happened – is happening. Industries are moving away from major cities, forcing workers to use private cars for work and their children’s education and economic survival.

And so it goes – until the underlying economics of private transportation changes. And then someone, somehow, will provide a solution. But until that day arrives, the world’s most powerful economies will be saddled with the private automobile, whether they like it or not.