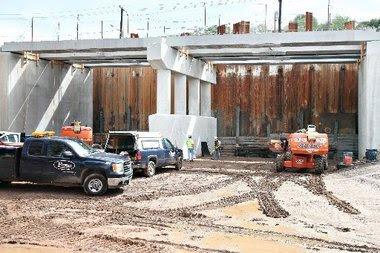 US Sen. Frank Lautenberg (D-N.J.) is claiming credit today for convincing the Federal Transit Administration to waive about half of the feds' demanded $271 million repayment by New Jersey for Gov. Christie's popular cancellation of the multi-billion dollar ARC commuter-rail tunnel white elephant between New Jersey and New York City.  So it is when federal money in transportation in effect subordinates the sovereignty of the states.

Of course, New Jersey public officials will spend some of the reprived money for other uneconomical purposes...like new rail cars, according to Newsday.