Quotation for the day: Biju Mathew 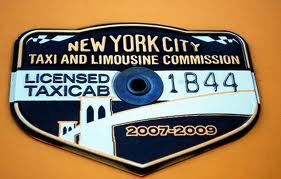 The garage owners and the brokers, meanwhile, had grown from petty small businessmen into millionaire fat cats, and the TLC had authorized this feast of greed at the expense of the new working men and women -- men and women who had been turned into "independent contractors" with no protections and no benefits.

Rizwan put it succinctly and brutally during one of our conversations... "Independent contractor," he laughed.  "How dare they call us independent contractors?  All right, a plumber who I call to come and fix something in my apartment is an independent contractor.  Sure he is.   When he steps into my apartment to work, he is already making money for himself.  And why is that so?  Because he owns the tools he is using.  Because he owns that small van in which he came up to my apartment.  And because he has the skills to fix a leak.  And what about me?  I do the driving.  I can own a car if I want, but I cannot put a cab on the street because somebody else owns something called a medallion.  An independent contractor is someone who owns the business, has the skills of the trade.....What is this?  The medallion is owned by somebody else and those who have the capacity to work don't own shit....I tell you, this medallion it is root cause of all our problems."

The poorer you are, the less access you have to the means of production (the medallion) in the taxi industry.  The changes in the industry in the 1970s were primarily set in motion by the conversion of that permit into property.