Quentin Willson: I have seen the future, and (trust me) it works 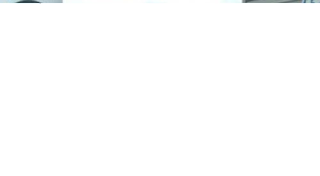 He's styled by one of his employers as "Britain's No. 1 Motoring Writer," Mr. Quentin Willson is.  And, as Lincoln Steffens once enthused about the young USSR, Willson has "seen the future, and it works."  TV show presenter and current automotive columnist for the Sunday Mirror predicts big things for alternative-fuel cars.  According to the Chartered Institute for Logistics and Transport, this sometime State employee (the BBC), advisor to the present "green" Cameron government, and shill for whoever pays him (e.g. BP, Castrol) knows whereof he speaks


Once they have experienced electric cars the public will "adore how quiet, fast, smooth and futuristic they are", a motoring expert has declared.

Television presenter Quentin Willson explained greener vehicles free drivers from being pegged to the price of oil and called for Britain to lead the world on alternative technology.

He welcomed the news that the 2010 European Car of the Year Awards were won for the first time by an all-electric model.

Mr Willson, who is a government adviser on electric vehicle technology, added the contest has been running for 47 years and the selection of a sustainable car "is huge", demonstrating such vehicles are becoming more mainstream.

He pointed to the Nissan LEAF, which will complete 100 miles on a single charge, costing around £1.50 for the power to run it that distance, with infrastructure now in a number of UK cities.

The ubiquitous, mercenary, and occasionally criminal Mr. Willson delivers his lines well, wouldn't you say?
[Photo: eco-rally.org]
Posted by Editor at 8:35 AM