Quotation for the day: Murray Rothbard 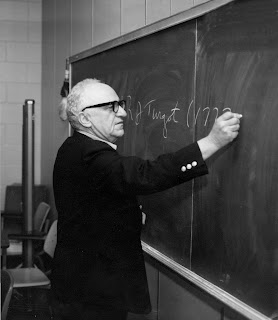 We should realize that the war against the car did not begin with the discovery of pollution. Hatred of the private automobile has been endemic among left- liberals for decades. It first surfaced in the disproportionate hysteria over what seemed to be a minor esthetic complaint: tail-fins on Cadillacs in the 1950s. The amount of ink and energy expended on attacking the horrors of tailfins was prodigious.

But it soon emerged that the left-liberal complaint against automobiles had little to do either with tailfins or pollution. What they hate, with a purple passion, is the private car as a deeply individualistic, comfortable, and even luxurious mode of transportation.

In contrast to the railroad, the automobile liberated Americans from the collectivist tyranny of mass transit: of being forced to rub elbows with a "cross-section of democracy" on bus or train, of being dominated by fixed timetables and fixed terminals. Instead, the private automobile made each individual "King of the Road"; he could ride wherever and whenever he wanted, with no compulsion to clear it with his neighbors or his "community."

And furthermore, the driver and car-owner could perform all these miracles in comfort and luxury, in an ambiance far more pleasurable than in jostling his fellow "democrats" for hours at a time.

And so the systemic war on private automobiles began and moved into high gear. If they couldn't get our cars straight away, they could, in the name of "fuel efficiency," "pollution," the joys of physical exercise, or even esthetics, persuade and coerce us into using cars that were costlier, smaller, lighter, and therefore less safe, and less luxurious and even less comfortable.

If they grudgingly and temporarily allowed us to keep our cars, they could punish us by making the ride more difficult.