Al Gore repents on ethanol subsidies. But why? 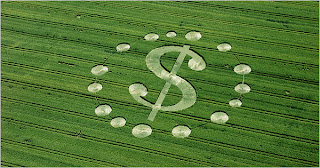 
Former U.S. vice-president Al Gore said support for corn-based ethanol in the United States was "not a good policy", weeks before tax credits are up for renewal...

"It is not a good policy to have these massive subsidies for (U.S.) first generation ethanol," said Gore, speaking at a green energy business conference in Athens sponsored by Marfin Popular Bank.

"First generation ethanol I think was a mistake. The energy conversion ratios are at best very small.

"It's hard once such a programme is put in place to deal with the lobbies that keep it going."

He explained his own support for the original programme on his presidential ambitions.

"One of the reasons I made that mistake is that I paid particular attention to the farmers in my home state of Tennessee, and I had a certain fondness for the farmers in the state of Iowa because I was about to run for president."

But why make this admission?  The ethanol lobby responded by merely stating the former Nobel Peace Prize winner was wrong.

Steve Milloy of CanadaFreePress.com may have the real answer:


If we turn to the investment portfolio of the venture capital firm of Kleiner Perkins Caulfield and Byers (KPCB) where Al Gore is a partner, we find that KPCB has invested in Mascoma Corporation, whose business is cellulosic ethanol. Here’s how KPCB’s web site describes Mascoma,

Leading in the development of bio and process technology for cost-effective production of cellulosic ethanol, an inexpensive and source of renewable energy. Cambridge, MA

In 2008, Mascoma received $61 million in financing from a group that included KPCB. In 2006, KPCB was part of a $30 million financing package for Mascoma.

And who knows what other cellulosic ethanol ventures KPCB and Gore have going?

So while Al Gore appears to be lamenting bad policy that he supported, instead he is really just trashing corn ethanol in hopes of advancing cellulosic ethanol and his investment in Mascoma.

[Illustration: New York Times]
Posted by Editor at 9:39 AM