Boris to the rescue: Lane rental for utilities 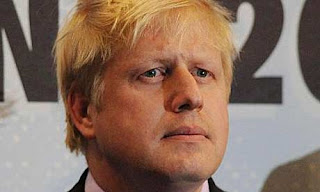 This past Thursday, London mayor Boris Johnson, who was elected in 2008 in part on a platform to improve public transport in the UK's metropolis, called on the national government to


urgently approve regulations that would mean utility companies could be charged for digging up the capital’s busiest roads at the busiest times. They have written to the Secretary of State for Transport to ask him to do all he can to hasten the introduction of regulations for a lane rental system.

A consultation on proposals for a new lane rental system was supposed to begin in July but no firm date has been set by the Government and it is thought this could delay approval of regulations until the end of next year, just months before the World will descend on London for the 2012 Games. With 38 per cent of traffic delays in London caused by roadworks at an estimated cost of nearly £1 billion of economic disruption every year the Government is being urged to speed up the introduction of a lane rental system to tackle the delays.

The Mayor of London, Boris Johnson, said: “It is now imperative that the Government pulls out all the stops and tells Londoners when we will finally be able to bring in a system that works in their favour rather than in the advantage of the umpteen utilities that disrupt their journeys with a barrage of cones. I am convinced that the only way to sort out roadworks in London will be to excavate the pockets of the excavators. If the meter starts ticking when the drill starts digging we will soon see these companies devise more prudent methods of working.”