Quotation for the day: Garet Garrett 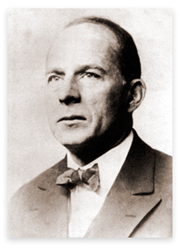 "Laissez Faire did not survive Henry Ford.  It was betrayed by its friends, not for thirty pieces of silver but for debased paper money that would be legal tender for debt.  Then it was stoned to death by the multitude and buried with hymns of praise for the easier life.

"The obsequies were performed by the government, which assumed at the graveside ultimate responsibility for the continued success, well-being and growth of the national economy; by the government's tax collector, who was to become insatiable, and by organized labor, whose economic power against that of the employer was increased by law, deliberately, on grounds of social policy.

"You may like it better this way.  Many people do.  In any case, it was not to be argued.  Only this--that if Laissez Faire had not begotten the richest world that ever existed there would have been much less for the welfare state to distribute."

Readable at: http://mises.org/resources/3205/The-Wild-Wheel
Posted by Editor at 7:26 PM