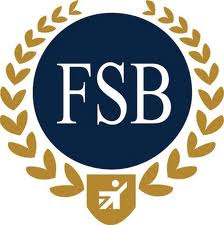 The Federation of Small Business is the latest to protest Cameron's failure to keep petrol prices in check after the New Year's rise in fuel duties and VAT.  The BBC reports:

The Conservatives promised to look into a "fair fuel stabiliser" in their manifesto and Mr Cameron said last week that he was considering ways to help cash-strapped motorists.
The Federation of Small Businesses (FSB) says the UK now has the second highest diesel price in Europe - something which it says is causing great difficulties for hauliers and other businesses dependent on road transport.
The organisation also points out that on the continent, the total price is split about 50/50 between the cost of the fuel itself and tax.
But in the UK, the average product price is 38% of the total, with the remaining 62% coming from tax.
John Walker, national chairman of the FSB, said they were "severely disappointed" with Mr Cameron.
"In opposition, the Conservative Party promised to put a fuel duty stabiliser in place - something the FSB has been calling for - but they have failed to deliver," he said.

The FSB's recent survey of its membership reveals that


More than 70 per cent of small businesses expect today's VAT rise to have a negative impact on their business, according to a member survey by Federation of Small Businesses (FSB).
When the VAT rise to 20 per cent hits on January 4, an FSB ‘Voice of Small Business' panel survey shows that just under three-quarters (71%) of the 1,600 respondents expect the rise to be unbeneficial to their business. A further 52 per cent expect to increase prices, 45 per cent expect a fall in turnover, and 36 per cent expect a loss of customers as a result.
The Chancellor has said that this rise is here to stay as it a change to the tax system to deal with the structural deficit. The FSB is urging the Chancellor to review the increase when the deficit has been significantly reduced and to return it to 17.5 per cent.
Small firms will be hit hard by the rise in VAT as unlike big businesses, they can't absorb the increase. This will mean that small firms will have to pass the full cost on to customers, reduce stock levels or find cost savings elsewhere – potentially costing jobs and undermining the Governments private sector led recovery.