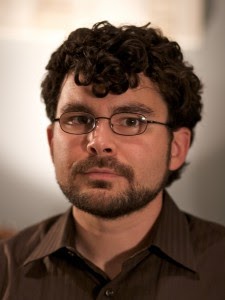 Phillip Mocek is scheduled to face a jury trial on January 20.  The Seattle man was arrested in Albuquerque on November 15, 2009, for refusing to show identification to TSA blueshirts.  He was charged with disorderly conduct, refusing to obey an officer, criminal trespassing, and concealing his identity.

Edward Hasbrouck of the Identity Project, which is supporting Mocek, described the importance of this case to KOB-TV (Albuquerque):


What’s really at root in this case is whether travel is a right that we have under the Constitution - an ability to move about the country without having to show papers - which has been one of the defining characteristics of American freedom.

To read more about Mocek's case, see the Identity Project's  PapersPlease.org.
Posted by Editor at 9:29 PM