Quotation for the day: Richard Schweid 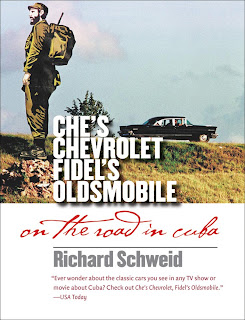 The Special Period engendered a gypsy cab market in Havana, a black market in taxis.  Dollars were illegal but would buy what was not otherwise available.  Tourists were the only source of dollars, and someone with access to a car could ferry tourists if he was not apprehended.  If that happened, he would be subject to fines, or jail, or confiscation of the vehicle.  For many, dollars were worth the risk.  Doctors and dentists and lawyers and university professors who had been fortunate enough to receive a Lada or a Volga in the 1970s or 1980s moonlighted as taxi drivers during the 1990s.

Richard Schweid, Che's Chevrolet, Fidel's Oldsmobile: On the Road in Cuba (Chapel Hill: University of North Carolina Press, 2004) 205.
Posted by Editor at 3:59 AM